BATTLE OF THE SUPERHEROES: FOX ISLAND VS GIG HARBOR 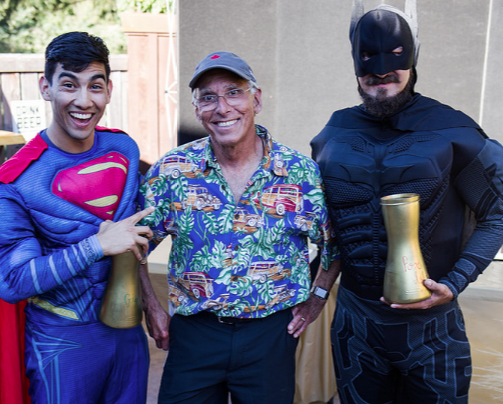 BATTLE OF THE SUPERHEROES: FOX ISLAND VS GIG HARBOR

Ric Mattson and his team had great success at Orphans Africa’s 2017 summer fundraiser, Battle of the Superheroes at Zog’s on Fox Island, WA. Leaders from Fox Island and Gig Harbor battled against each other in various silly games, like smashing eggs on their heads, rolling cookies down their faces, and dancing their hats and gloves off all for Orphans Africa. We had a full house, fun games, and great fundraising. With the help of our supporters, OA raised $10,607, doubling last year’s donations.Thank you to everyone who joined in the superhero fun and who helped us raise funds to educate our orphans in Tanzania. YOU are the real superheroes! (Click here for more pictures)