Board of Directors and Staff

Home / Board of Directors and Staff

The OA Board in the U.S.A. and Brazil are all volunteers and do this work solely to benefit those they serve. They all envision a world without poverty in which all persons have the freedom and opportunities to pursue happiness and maximize their potential. Carl Gann is a co-founder of Orphans Africa with his wife, Michele Torrey, and friend, Liza De Guzman. He began donating his spare time in 2007 to help the orphans in Tanzania. This resulted in the creation of Orphans Africa in 2007. Carl has a Master’s degree in Rehabilitation Counseling from the University of Missouri and a Master’s degree in Religion from Graceland University. He is an ordained minister with Community of Christ. Michele Torrey is a co-founder of Orphans Africa, along with her husband Carl Gann and friend Liza De Guzman. Ever since she can remember, Michele has wanted to help the children of Africa. Having lived for ten years overseas and traveled to over thirty countries, Michele understands the challenges and rewards of working in partnership with other cultures. She is the author of twelve books for children and young adults, is a professional speaker and presenter, holds a B.S. in Microbiology and Immunology from the University of Washington, an M.A. in Religion from Graceland University, and is an ordained minister with Community of Christ. s old, Liza moved from the Philippines to a small farm town in Iowa. She remembers the hard life living in a third world country. From an early age, her family lectured Liza on the importance of an education. Liza graduated with a bachelor degree in nursing and has worked in the field for almost 30 years with pediatric/neonatal and adult critical experiences. Liza also received her Master in Pastoral Study from Seattle University School of Theology and Ministry. Her passions are traveling around the world and making a difference in the lives of people. Becky Pendleton Reid joined the OA board in April 2014 bringing with her financial, business and fundraising skills. She has served as the president of The Cereghino Group, Corporate Investor Relations and has provided strategic IR counsel to over 30 client companies. She has written and produced numerous presentations for IPO roadshows and for presentation to the New York Society of Security Analysts. Ms. Reid has 15 years of securities industry experience, including 6 years with Shearson Lehman and Merrill Lynch. Prior to her work as a stockbroker, she was Asst. Manager of Public Relations for Baskin Robbins Intl. where she was responsible for national publicity, media events, new product promotion and consumer relations. Ms. Reid holds a Masters of Business Administration from the University of Washington and Bachelor of Arts degree from UCLA. After a successful career as an IT pro, Pablo first volunteered as a science teacher with OA in Tanzania in 2009, a time when the Mwaji Secondary School was struggling for existence due to government restrictions. Through his resourcefulness and sheer determination, Pablo was able to help the school reopen, giving the children and the community hope. Pablo continues to volunteer for OA, not only in Tanzania, but from his home near Sao Paulo, Brazil, consulting with the Board of Directors on projects and organizational development and management. Together with his wife, Monica, Pablo works intensively to extend OA’s network into Latin America, spreading Orphans Africa’s vision and inspiring people to help OA projects. Pablo originated the Orphans Africa Mountain Biking Team which competes in various races around the world while raising funds for our orphan projects. Pablo is a world-class Master’s Champion mountain bike racer. 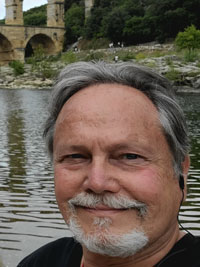 Howard is a retired IT manager who joined the board in 2019. He is a board member and volunteer with several local community organizations and gives his time for other worthy causes. He has experience in technical management and strategic planning  and is working to help Orphans Africa realize its vision. 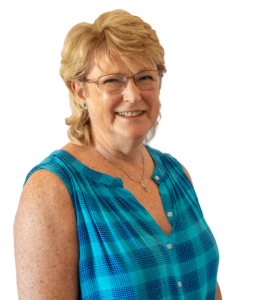